Rachel teaches dynamic classes that will improve your flexibility, balance, stamina and all-around strength. Beyond transforming your physical body, however, Rachel strongly believes in yoga’s ability to transform lives off the mat as well. By tapping into one’s own power on the mat, you will be inspired to see where else your power can take you.

In December of 2012, Rachel opened Hometown Yoga in Macon with the mission to build a vibrant yoga community in the hometown that she loves. She is now excited to open Homegrown Yoga in Warner Robins and become a part of a new growing yoga community. 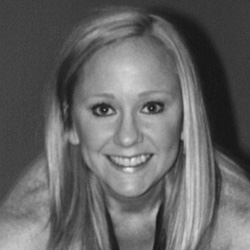 Jessica Brown found herself in Rachel Gerrity’s class one night and it was love at first om. Finally finding something that challenged her body and quieted her mind, she began a journey that proved to be life changing. Jessica earned her 200-RYT certification at Red Hot Yoga in Atlanta just over a year after doing her first down dog. In December 2015 Jessica completed her 300 hour advanced teacher certification at Awakened Life School of Yoga in Bali.

Yoga has taught Jessica that losing control sometimes and letting go is necessary to exist in the present moment. Jessica’s classes are meant to be challenging both physically and mentally. When you leave, your body may be tired, but you will feel more alive than ever. You can expect to push your limits, sweat, discover your strengths, and even laugh in one of her classes. 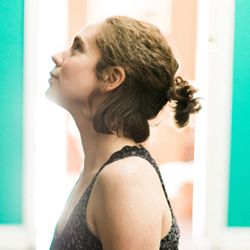 Ashley Dunwody’s love of yoga began in high school when she took her first class with Macon’s treasured Molly Martin. During her years at Warren Wilson College, she became fascinated with Kundalini Yoga and its uplifting and powerful effect on her mind, body and spirit. After moving to Santa Cruz, California, Ashley attended her first Bikram Yoga class and in 2003, she graduated from Bikram School of Yoga Teacher Training in Los Angeles, California.

In 2005, Ashley returned home to Macon, graduated from Mercer University in studio art and continued teaching yoga. Ashley has deepened her studies with workshops and immersions from beloved teachers Gina Minyard, Tias Little and Bryan Kest. In 2011, Ashley completed a 200 hour teacher training with Christina Sell. Blessed by so many wonderful teachers, Ashley is committed to practicing and teaching yoga because of its profound influence in every area of her life. She is co-owner of Hometown Yoga in Macon and teaches a wide range of classes from Vinyasa Flow to Gentle Yoga.

Dropping into the present moment, connecting to the breath, and gently touching with loving kindness the areas of the body that feel tight and bound. This is the heart of the practice. Ashley is honored to teach others.

Heidi teaches Hatha yoga which is well suited for beginner and expert alike.  Her classes incorporate deep stretching, mindful breathing and relaxation with special attention to body alignment.  Heidi found her calling in Yoga upon attending her first class in 2002 and has enjoyed deep stretching and gymnastics since childhood.

Heidi is an accomplished Yoga instructor but her love and passion for the art inspires her continued learning and practice. In 2011 Heidi graduated from the first of two 200 hour Yoga Teacher Trainings at Yoga Birds in Fairhope, AL under the direction of Melanie Buffett (E-RYT 500). In 2013 she studied with Suzanne Manafort, (E-RYT 500), Founder of the Veteran’s Yoga Project and received her Level 1 Mindful Yoga Therapy Certification.  In 2014 Heidi graduated from a second 200 hour Yoga Teacher Training at Yoga Sanctuary in Northampton, MA under the direction of Sara Rose Page (E-RYT 500).

Heidi has been a Registered Nurse for 20 years and is currently working at The Medical Center of Georgia, Navicent Health System, in the Cardiac Catheterization Laboratory. She also enjoys hiking, gardening, and studying health, wellness, yoga, and nutrition.

The philosophy and science of yoga have enabled Jen to see life in a completely different, positive, patient and courageous way. After practicing for many years, Jen received her 200 hr teacher certification at Savannah Yoga Center in 2014. Her classes are vigorous and playful with eclectic sequencing. She believes the only true path to change is through challenging yourself. Your mat is the place to learn to move like yourself, to let go, laugh, cry…..just never give up!

Dianna Jones, PharmD, is a practicing pharmacist with a strong belief in incorporating complementary medicine and living an active lifestyle. She first began practicing yoga in 2008 in Pinehurst, North Carolina and was immediately addicted to the feeling of energy that the practice created in her body. Yoga was also the perfect complement to her other physical activities including running and cycling.

In 2014, Dianna’s husband was diagnosed with military combat related PTSD. During his treatment she witnessed the mental and spiritual healing power of yoga. In 2015, she decided to deepen her knowledge of yoga by completing her 200 hour yoga teacher training at Asheville Yoga Center. In the future, Dianna plans to also enroll in the 300 hour advanced yoga teacher training. 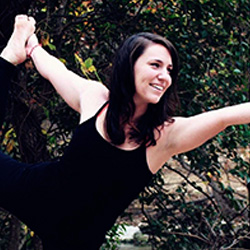 Anna’s yoga journey began thanks to a bad break up and a groupon for classes at a local yoga studio. Yearning to bring some light back into her life (and after a month of building up the courage to go), Anna took her first yoga class and felt a huge shift happen. She started attending classes almost daily, reading books about yoga and metaphysics, and noticed positive changes not only in her body but in every aspect of her life. Yoga awakened her to see life from a different perspective and helped remove the blocks that were keeping her from living happy and free. She soon decided she wanted nothing more than to share this with others.

In 2014, she received her 200 hour teacher training certification with Lauran Janes and Erinn Lewis at Practice Yoga in Austin, TX. During her time spent with the Austin yoga community, Anna found herself reconnecting with her creative spirit, and upon returning to Georgia, she began working for Macon Arts Alliance by day and teaching yoga at night. Anna is eternally grateful to be able to live out her passions everyday and believes that yoga has given her the tools to do so. Anna’s classes emphasize alignment of the breath, body, and awareness in order to receive the benefits of each posture both physically and mentally. She hopes to create a safe space for students to connect with their mind, body, and truest self. For more information and resources from Anna, visit her website and blog: annarichardsyoga.com 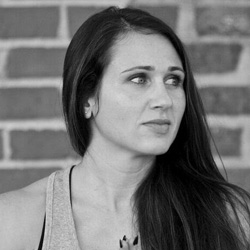 It was love at first crow pose for Brittany. For her, yoga is the courage and strength she has always searched for. Brittany has a Bachelor’s degree in Comparative Literature from the University of Georgia and completed her 200-RYT at Red Hot Yoga in Buckhead under the instruction of Bethany Vaughn. 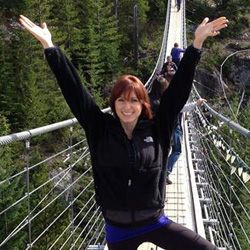 Daria was introduced to yoga at an early age and has been practicing since pre-adolescent years. After coaching various sports from Marathon Running, Crossfit, TRX, to spin classes, yoga won her heart over as not only a physical activity but also as a healing and spiritual lifestyle.

Daria graduated from University of Southern California with two degrees, Accounting and Business Entrepreneurship. As a licensed CPA working in a corporate environment off the mat, she appreciates yoga’s ability to unwind, destress, and refresh the body mentally and physically. Wanting to share her passion and energy with the community, she aspired to start teaching yoga and received her 200 hour yoga teacher training certificate with Bethany Vaughn of Red Hot Yoga in Atlanta, Georgia.

Daria enjoys empowering students to tap into their greatest potential through a strong asana practice. Influenced by Rocket Ashtanga yoga, arm balances, core work, and inversions, her sequences can be challenging yet playful and accessible for all levels. Come sweat, laugh, and have fun. Let’s do yoga!